Recognizing Child Hunger in the U.S. is a Problem 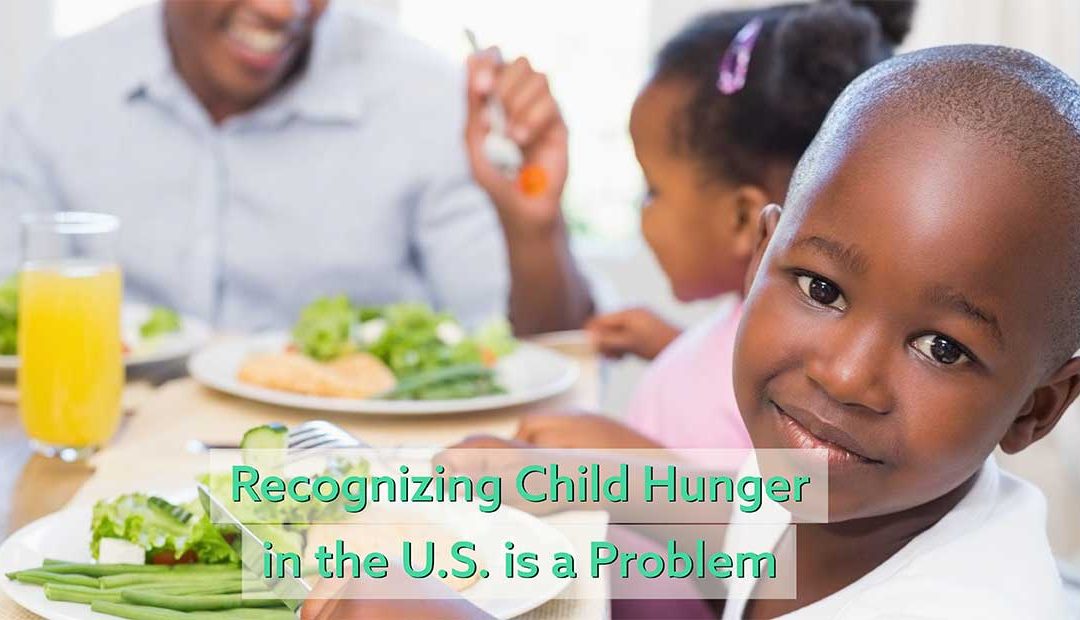 Did you know that one in six children in the United States struggles with hunger? This is a huge problem, and it’s something that we need to start paying more attention to. In this blog post, we will discuss the issue of child hunger in America, and what we can do to help solve this problem.

There are a lot of reasons why children in America go hungry. One of the biggest reasons is poverty. According to the National Center for Children in Poverty, nearly half of all children in the United States live in low-income families. This means that their families are struggling to make ends meet, and they often can’t afford to put food on the table.

Another reason why children in America go hungry is because of a lack of nutrition education. Many families don’t know how to cook healthy meals, or they don’t have access to healthy food options. This can lead to children not getting the nutrients they need, which can impact their growth and development.

The good news is that there are things we can do to help solve the problem of child hunger in America. One way we can help is by donating to organizations that provide food for needy families.

Another way we can help is by volunteering our time to teach nutrition classes, or helping out at a local food bank.

By working together, we can make sure that no child in America has to go hungry again.

How Do Food Banks Work?

A food bank is a non-profit organization that collects and distributes food to organizations that help those in need. Food banks serve as food storage and distribution hubs for smaller front-line charities, but they seldom provide food to hungry people themselves.

Food banks in the United States range in size from tiny organizations serving individuals in rural regions to big facilities storing and distributing millions of pounds of food each year, and everything in between.

The size of the facility and the number of staff members all have an influence on how food banks operate.

All food banks, however, have one thing in common: they depend on donations and volunteers to run their day-to-day operations. Food secure—These households had access, at all times, to enough food for an active, healthy life for all household members.
89.5 percent (116.7 million) of U.S. households were food secure throughout 2020.
Unchanged from 89.5 percent in 2019.

Food insecurity is a problem that affects millions of Americans. In 2016, 42 million people werelivedfor their families. One in eight households was considered to be food insecure.

How Do Soup Kitchens Work?

Soup kitchens have become a haven for individuals who are less fortunate. It offers them hope that everything is not lost and that others still care about them. They are not criticized, discriminated against, or made to feel worthless in these safe havens. They are instead looked after and regarded as equals.

Most soup kitchens also give additional basics such as clothes and hygiene kits, in addition to free meals. While some soup kitchens merely serve soup and bread, others provide a fully prepared dinner. They also provide a sandwich and other treats in a take-out bag.

A soup kitchen’s most vital function, however, is to provide the homeless a feeling of belonging. This is a major concern for someone who doesn’t have their own apartment, especially around important events.

What is Nutrition Education?

Any combination of learning experiences aimed to support the voluntary adoption of eating and other nutrition-related habits beneficial to health and well-being is referred to as nutrition education. It is an important aspect of delivering dietary assistance to the elderly.

In addition to nutrition, nutrition education should incorporate information on physical activity. The Dietary Guidelines for Americans urge that you be physically active every day since it is important for your health and illness prevention. Regular physical exercise helps older folks maintain their capacity to live independently, as well as those with arthritis, depression, and anxiety.

It has been shown to help manage numerous chronic conditions and may lessen the risk of cognitive impairment in older persons.

What are the Consequences of Child Poverty?

According to the findings, there is a causal relationship between poverty and bad child outcomes.

Poverty throughout early infancy, or for long periods of time during childhood, is very harmful.

They provide suggestions for how and why communities should go ahead in preventing child poverty by taking action.

This equates to 5.4 percent of the country’s GDP.

Contrary to popular belief, the paper points out that sponsoring social programs targeted at halving poverty costs much less ($90 billion) than the expenditures associated with child poverty.

How Can I Help Prevent Child Poverty & Hunger?

Now that social media is a part of everyday life, it’s time to utilize it for good. Sharing links on Facebook, Twitter, and other platforms can help raise awareness of global poverty.

Individuals may contribute by supporting a needy child’s education or sponsoring a poor family and encouraging others to do likewise. Fundraising and contributing to a charity may also help.

There’s more than one way to donate. It doesn’t necessarily have to be monetary. This might involve providing books to a youngster in need or purchasing meals for a week for a hungry household. Donating old clothing, furniture, and toiletries may also aid the impoverished.

Education increases individual incomes for all family members. UNESCO claims that basic literacy skills may raise 171 million people out of severe poverty, lowering global poverty by 12%. UNESCO also states that around one billion individuals are uneducated.