16 United States Hunger Statistics that Will Break Your Heart 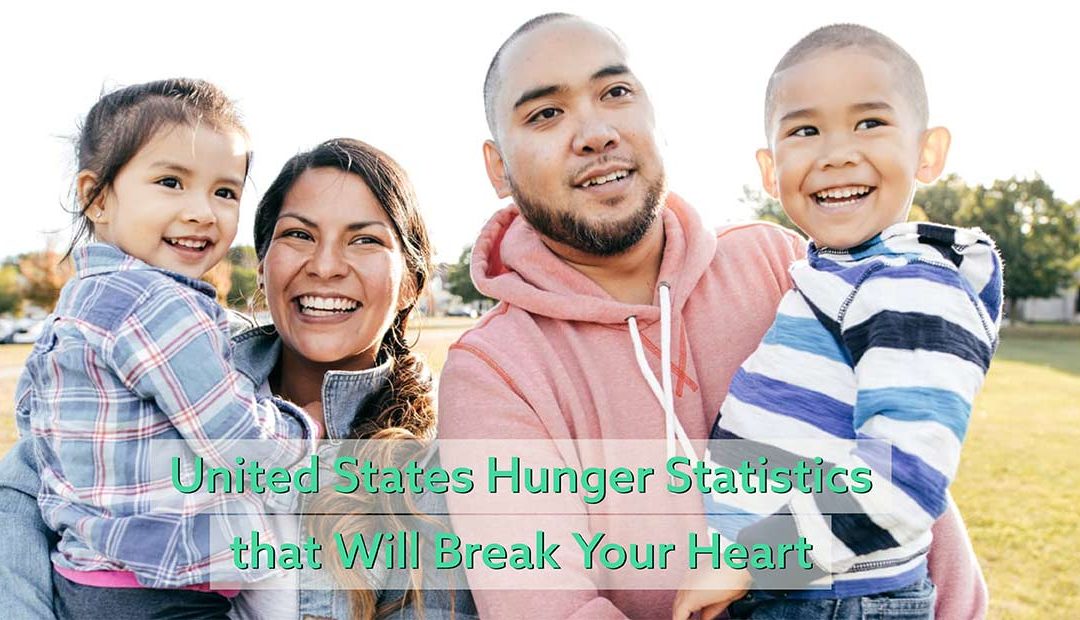 People from many areas of life may be affected by hunger and there are millions of individuals in the United States who are on the verge of becoming hungry due to a job loss, a missed payment, or a medical emergency.

Hunger, on the other hand, does not impact everyone equally; certain groups, such as children, the elderly, black, Indigenous, and other people of color, experience hunger at considerably greater rates.

Below are some very compelling statistics that will help you better understand just how serious of a problem hunger is for so many Americans and how COVID-19 has made things worse.

16 Facts About Hunger in America

1. Unemployment and food poverty skyrocketed in the aftermath of the COVID-19 outbreak. Over 60 million individuals relied on food banks and community organizations to put food on the table in 2020. Source: northwestern.edu
2. In 2021, 42 million people may face food insecurity as a result of the coronavirus pandemic. This figure includes an estimated 13 million children.

Food insecurity is described as a lack of regular access to sufficient food for all members of a family to maintain an active, healthy lifestyle. This might be a short-term or long-term predicament for a family.

One way researchers estimate how many people can’t afford food is to look at food insecurity.

3. Families that were already suffering from hunger, or close to it, were the worst hit by the COVID-19 pandemic.
4. Many families that are food insecure may not qualify for federal nutrition assistance and must rely on local food banks and other food programs for assistance.
5. Food insecurity is especially prevalent in households with children. More than 12 million children lived in food-insecure families prior to the coronavirus epidemic.
6. Throughout 2020, 89.5 percent of American households (116.7 million) were food secure. This figure remains unchanged from 2019. Normal eating habits of one or more very low food security family members were interrupted, and food intake was decreased at times during the year due to a lack of money or other resources for food in these food-insecure families. Source: usda.gov
10. In fiscal year 2020, federal expenditure on USDA’s food and nutrition assistance programs totaled $122.1 billion, up 32 percent over the previous fiscal year. This figure beat the previous all-time record of $119.8 billion, which was established in FY 2013.
11. Between fiscal years 2019 and 2020, total expenditure on the Supplemental Nutrition Assistance Program (SNAP) and associated Nutrition Assistance Programs (NAP) rose by 28 percent.

Spending on the Special Supplemental Nutrition Program for Women, Infants, and Children (WIC) and the Commodity Supplemental Food Program (CSFP) as a whole fell by 6 percent.

Spending on child feeding programs as a whole fell by 9 percent. Investing in two new, short-term initiatives launched in response to the COVID-19 epidemic.

12. According to the most recent COVID Impact Survey, almost two in 10 Americans ran out of food in the previous month before earning enough money to purchase more. Some states, such as Louisiana and Texas, have a higher rate of residents reporting running out of food.
13. In the Survey of Mothers with Young Children, 17.4 percent of mothers with children ages 12 and underreported that, since the pandemic started, the children in my household were not eating enough because we just couldn’t afford enough food. Of those mothers, 3.4 percent reported that it was often the case that their children were not eating enough due to a lack of resources since the coronavirus pandemic began.

The USDA uses a series of questions on food availability from the Current Population Survey to assess food insecurity. In 2018, 7.4 percent of women with children under the age of 12 reported their children were food insecure, which is more than twice the percentage who said their children were not eating enough because they couldn’t buy enough food (3.1 percent).

If the current ratio between this one question and the entire measure of child food insecurity holds, 17.4 percent of children not eating enough would equate to more than a third of children being food insecure.

14. From 2018 to now, food insecurity in homes with children under the age of 18 has grown by roughly 130 percent.
15. As of late April 2020, 34.5 percent of families with a kid 18 and under were food insecure, according to the COVID Impact Survey.
16. In the 2018 Current Population Survey Food Security Supplement, 14.7 percent of families with children 18 and under replied yes to this single item (“the food we purchased didn’t last…”).

This result is somewhat higher than the total percentage of food insecurity among households with children 18 and under for that year.

How to Help Families in Need

If you want to help families facing food security problems, there are a few things you can do to help. Firstly, you can donate food directly to your local food bank. Another option is to donate money to a hunger-relief organization.

You can donate locally, to one that works to help families across the country, or an organization that helps fight hunger worldwide.

Here is a list of hunger-relief organizations that need your help: